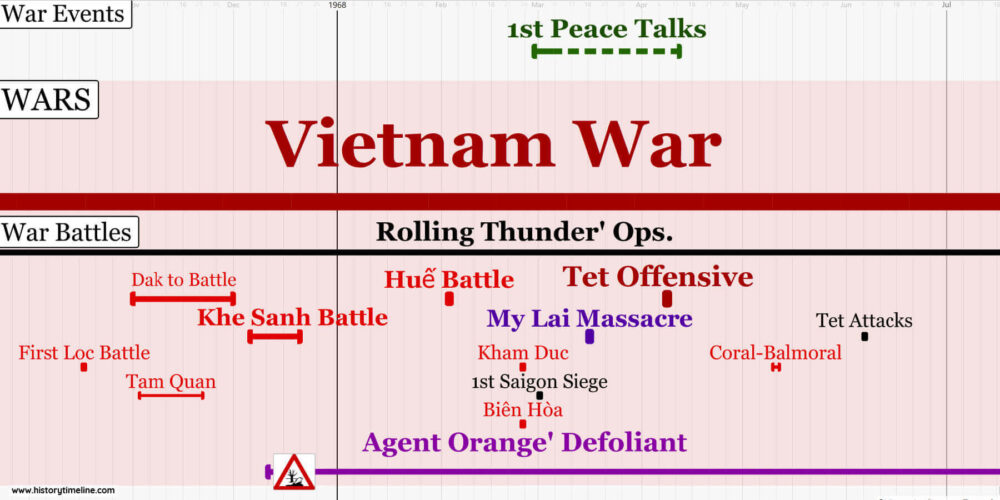 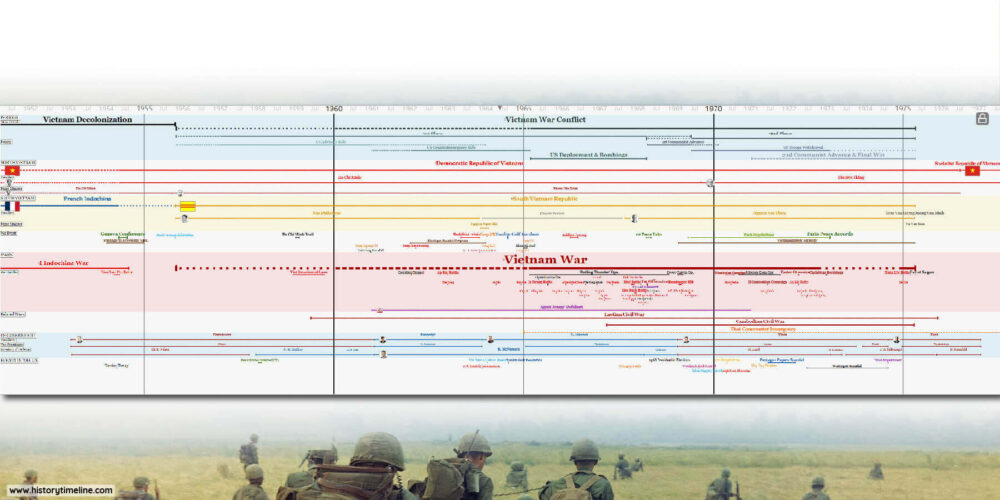 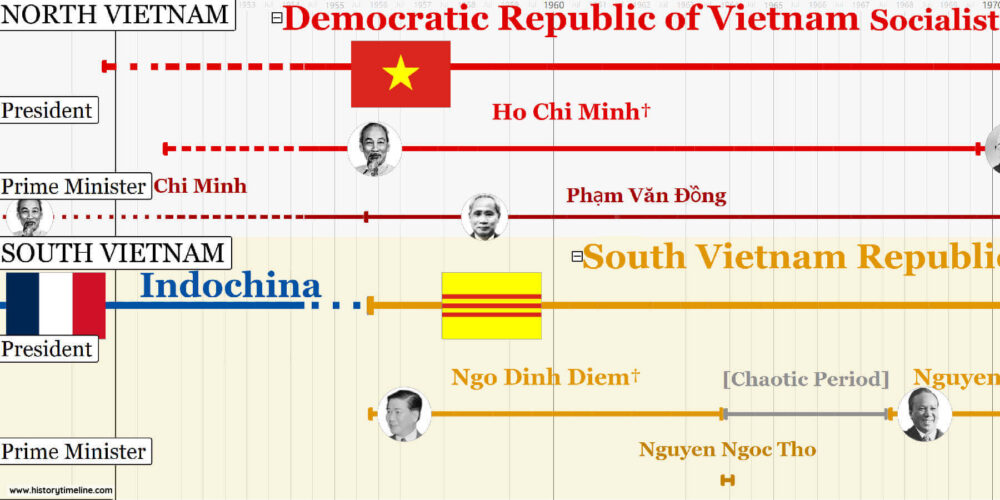 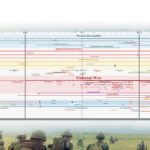 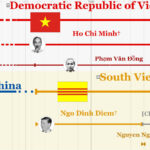 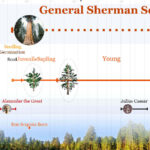 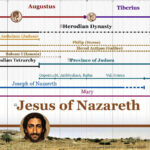 Jesus of Nazareth
0 out of 5
( There are no feature or content requests yet. )

Vietnam War timeline from 1965 to 1975. It includes war periods, over 120 battles, campaigns and other war events. Also, the governments of the countries involved.


Subscribe to access this timeline & all our premium timelines. Browse on your desktop using Timeline Software for $24 a year.

The Vietnam War timeline displays over 120 battles, campaigns, war operations, and peace treaties, from the Vietnamese Invasion of Laos (1958) to the Fall of Saigon (1975). The timeline also extends back in time, up to the end of World War II in 1946, showing the previous 1st Indochina War.

The Vietnam War was a Cold War conflict as well as a Decolonization conflict. The war sparked the Anti-Vietnam War protest movement.

For more information and historical context on the war, see the Vietnam War in the US History Timeline and the Cold War Timeline.