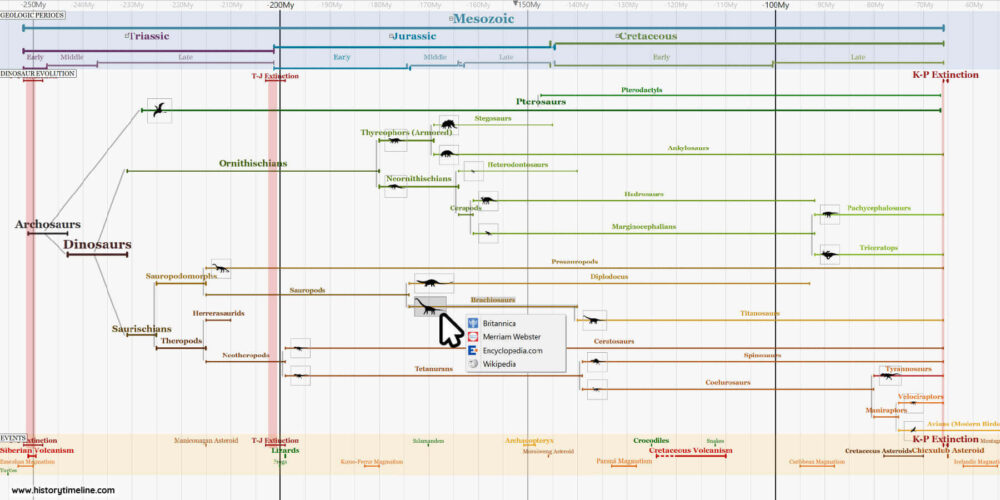 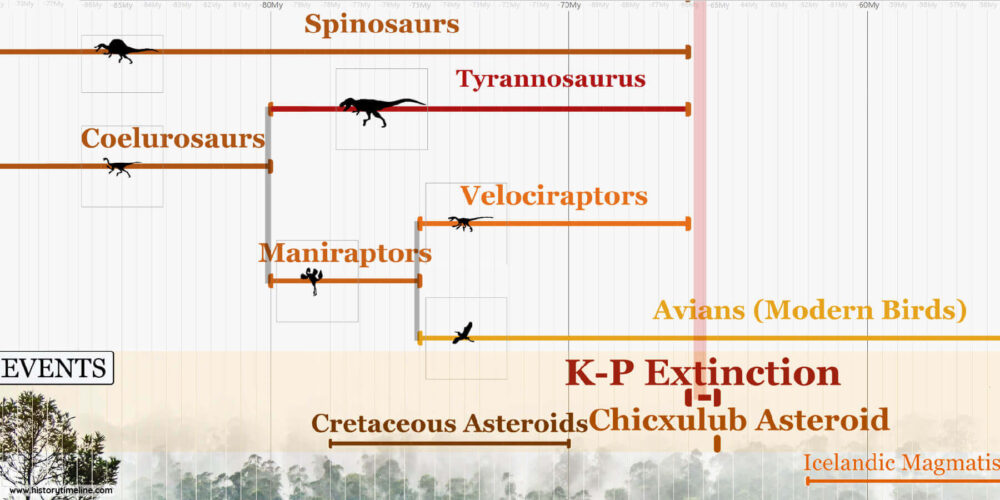 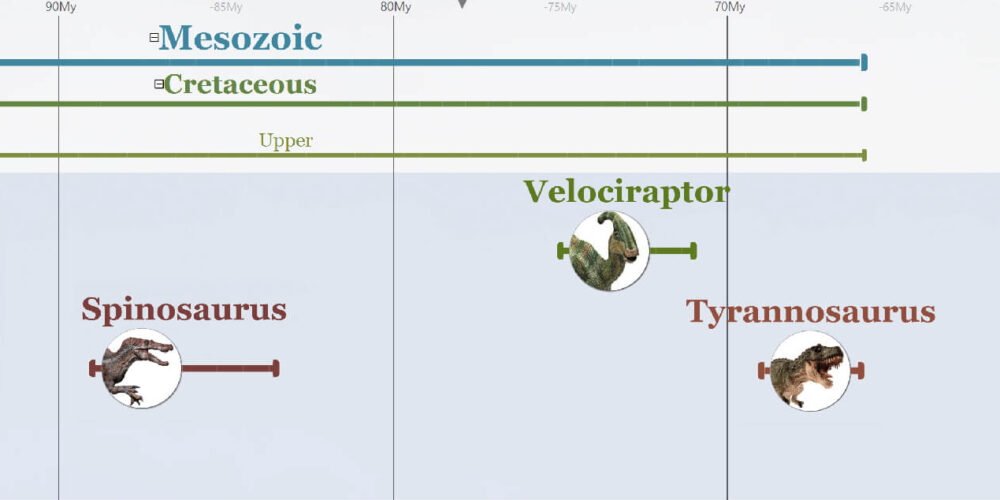 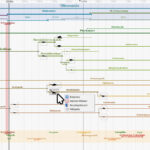 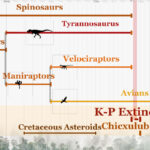 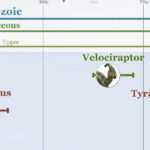 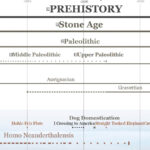 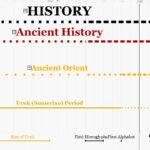 Timeline of Prehistory & History (Simple Version)
0 out of 5
( There are no feature or content requests yet. )

Timeline of popular dinosaur species and the Earth’s geological periods they lived in, from 250 mya (million years ago) to 66 mya. Also, historical events related to dinosaurs such as asteroid impacts.

This dinosaur timeline includes the dinosaur tree of evolution, the geological periods dinosaurs lived in, and over 50 events related to dinosaurs, such as extinctions, glaciations, and the evolution of other reptiles.

Over 30 representative species and families outline the tree of evolution of dinosaurs. The history of dinosaurs starts with the Archosaurs, the first true dinosaurs, and ends with the Velociraptor family, from which birds would eventually evolve. Well-known dinosaurs such as Diplodocus and Tyrannosaurus are included. In addition to events in dinosaur evolution, the timeline displays volcanic and plate tectonics events that occurred during the dinosaur ages. The evolution of man, which happened much later, is also added, for comparison.

The Age of Dinosaurs spanned about 185 million years, during the Mesozoic era. The Mesozoic is divided into three periods: Triassic, Jurassic and Cretaceous. The dinosaurs first appeared about 250 mya, in the late Triassic period. All dinosaur species went suddenly extinct 66 million years ago, at the end of the Cretaceous.

This dinosaur timeline provides links to access articles in the Dino Directory of the Natural History Museum, the Dinosaur Database, National Geographic, the Encyclopedia Britannica and Wikipedia.

To learn more about geological periods, see the Geological Time Scale. To read more about the evolution of life and the origins of man, see the Life on Earth timeline and the timeline of Human Evolution.

Be the first to request features for “Dinosaur Timeline” Cancel reply