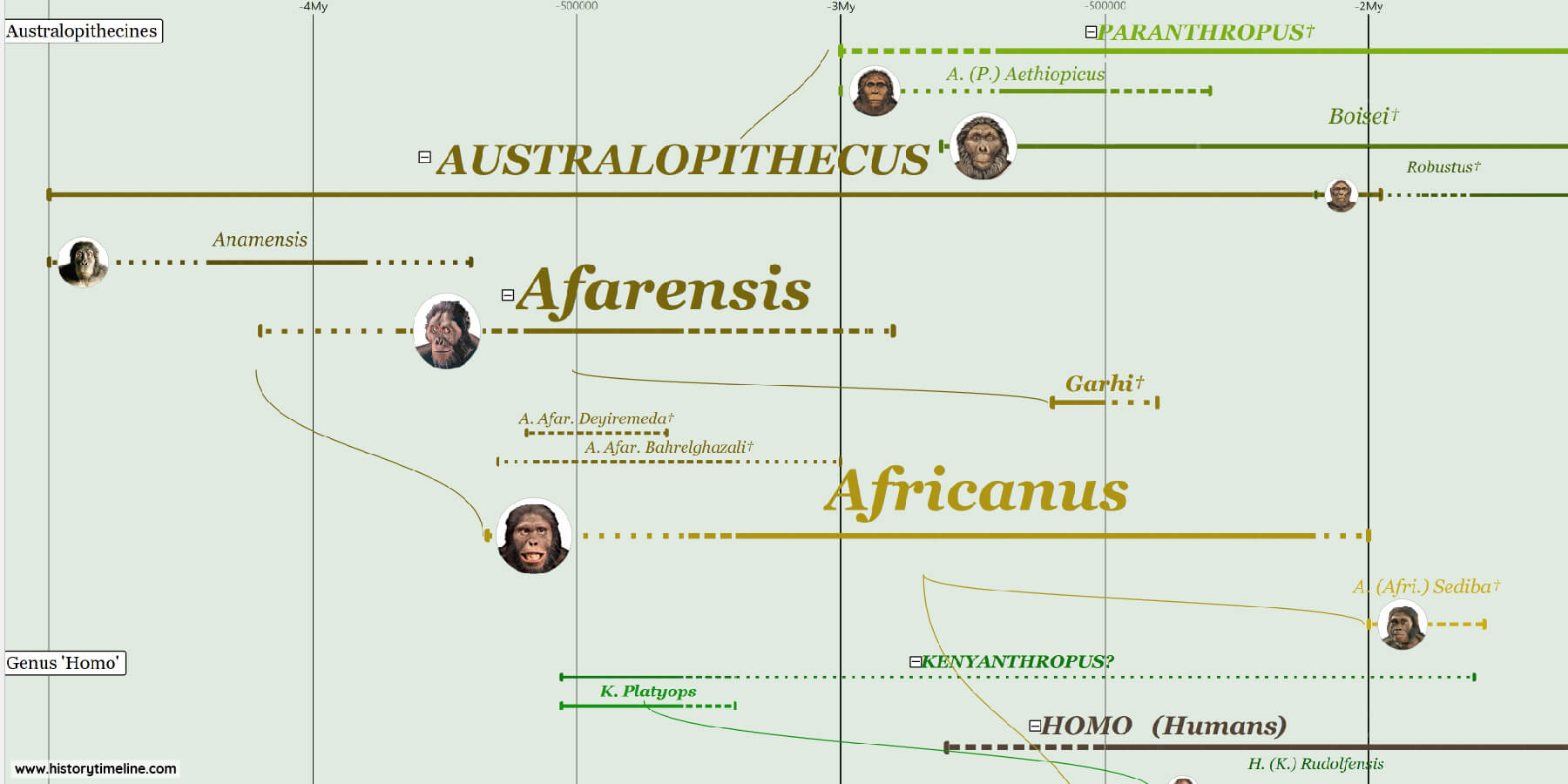 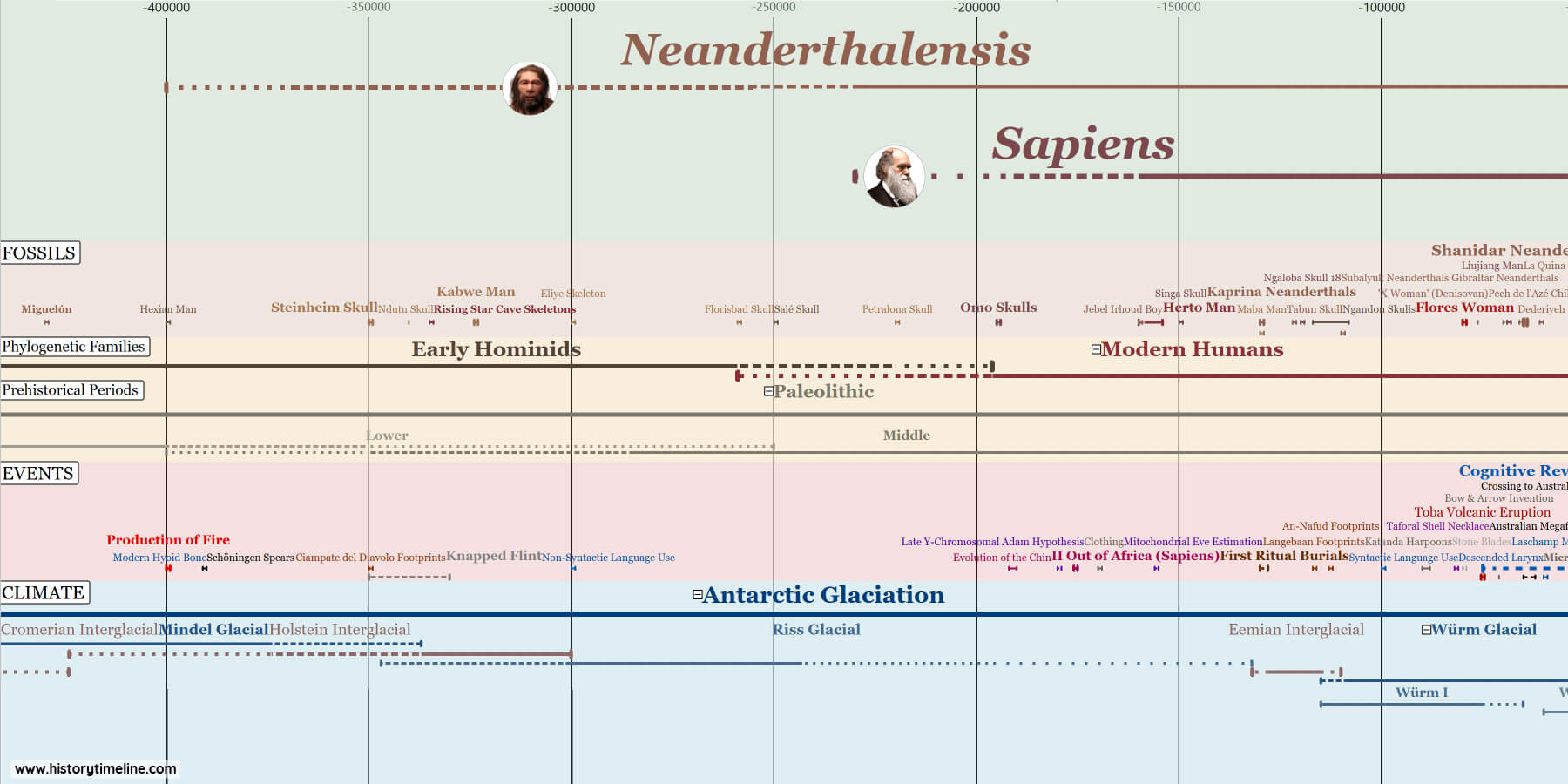 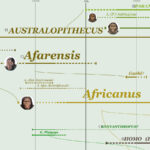 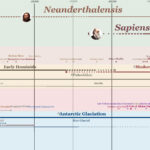 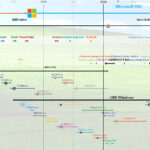 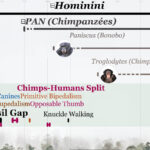 Evolution of Primates
0 out of 5
( No reviews yet )


Subscribe to access this timeline & all our premium timelines. Browse on your desktop using Timeline Software for $39 a year.

Full-fledged timeline of human evolution from 8.8 million years ago to present day. This timeline provides an evolutionary tree showing multiple relationships from the early hominids, like Sahelanthropus Tchadensis, to the modern Homo Sapiens. It includes all major and many minor hominid species, such as Homo Naledi.

In addition to the human tree of evolution, this timeline comes with 85 selected fossil specimens, discovered from 1885 to 2017, that have been relevant to piece together the evolution of humans. These fossils include bones, skulls and full skeletons, such as the girl ‘Lucy’ (Australopithecus Afarensis), the Shanidar Neanderthals and the Cromagnon Man.

The geological periods are shown for reference. Also, more than 90 events related to hominin evolution are included, such as the use of new stone tools, the evolution of language, the use of fire, traces of intentional burials, prehistoric art and other symbolic behavior, and brain, locomotion and other body changes.

This timeline of humanity also shows the climate history for the past 3 million years.

Zoom in and discover everything you need to know about human evolution, from early hominids to mankind.

Be the first to review “Human Evolution” Cancel reply