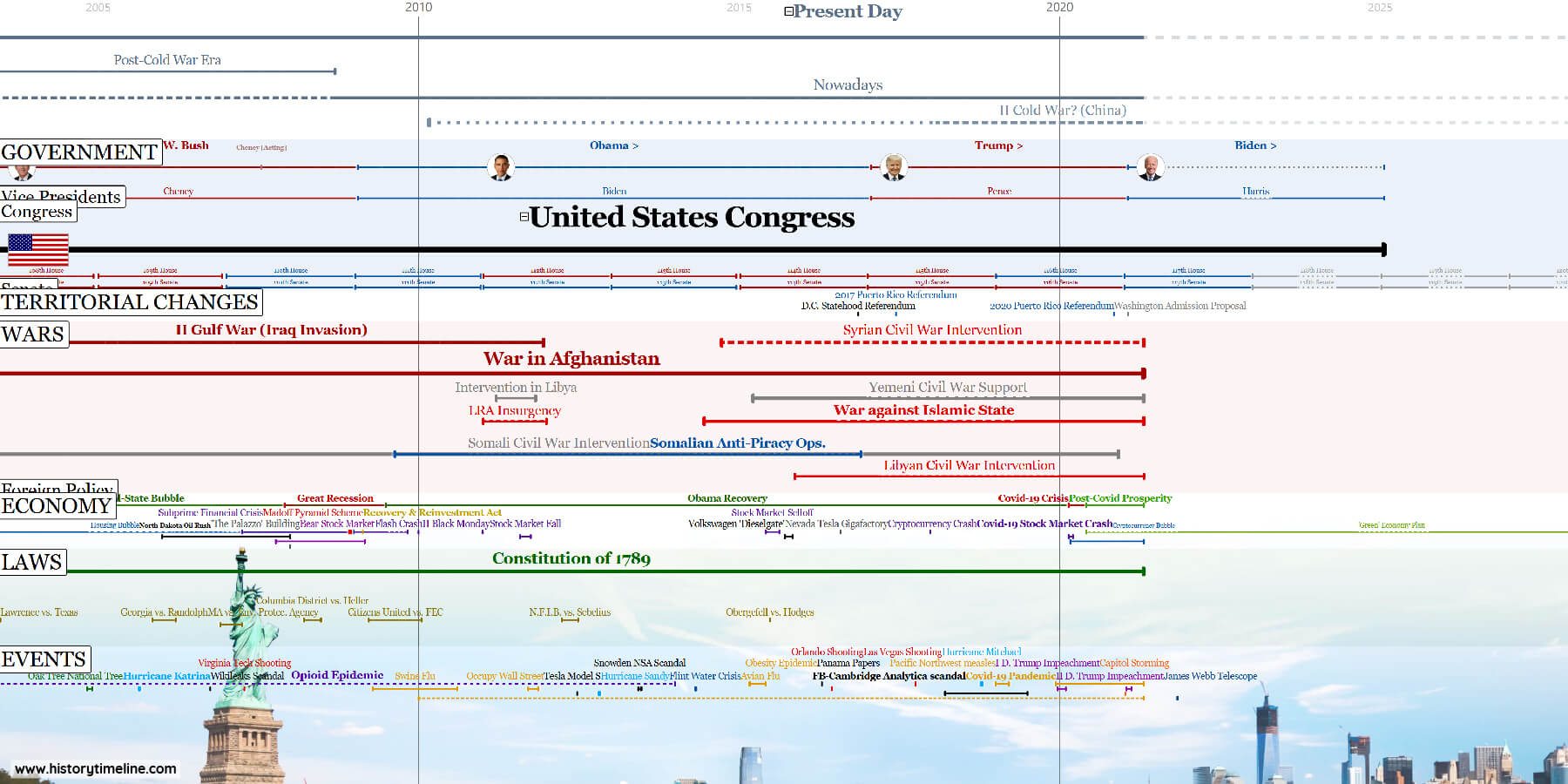 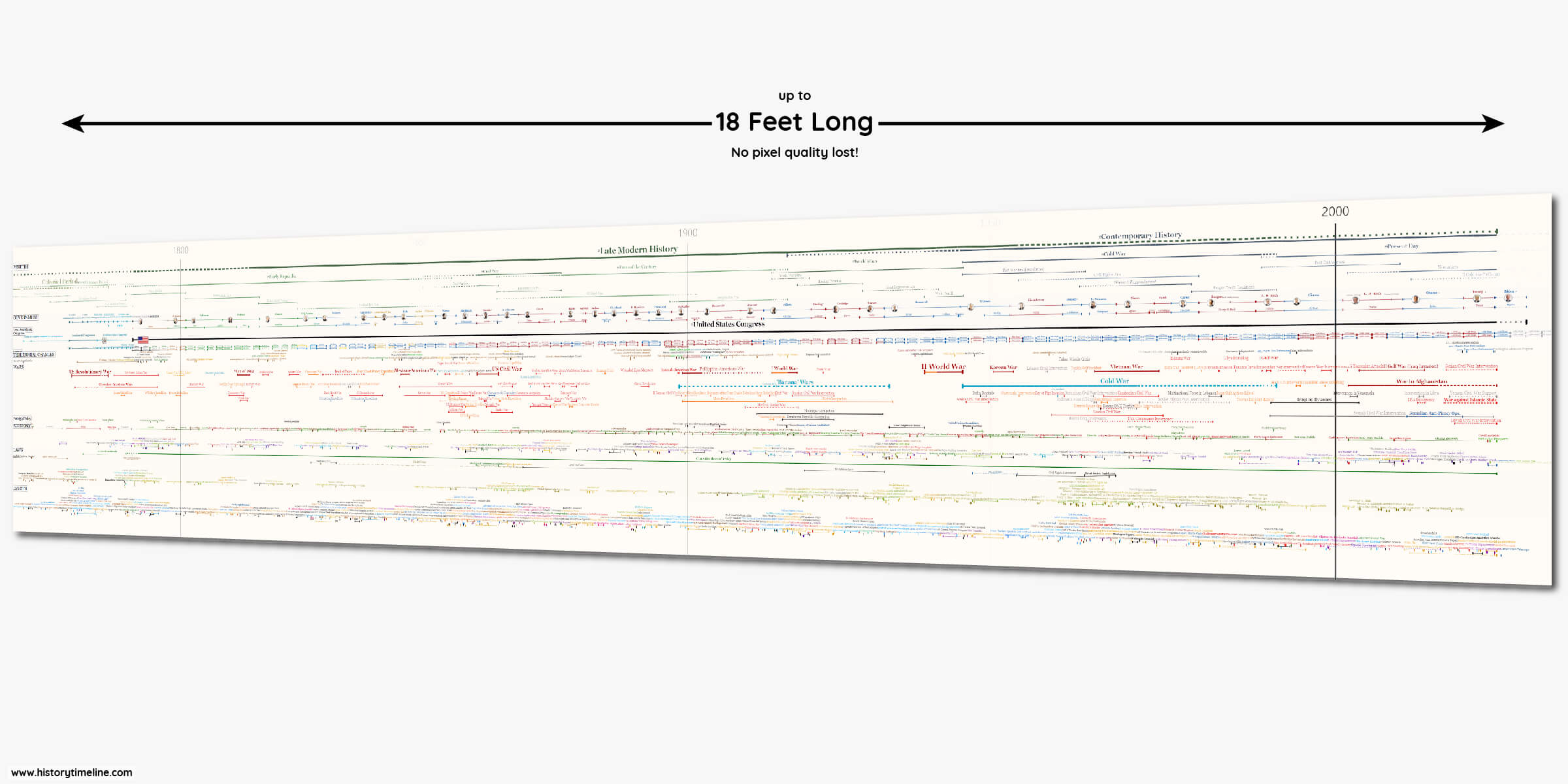 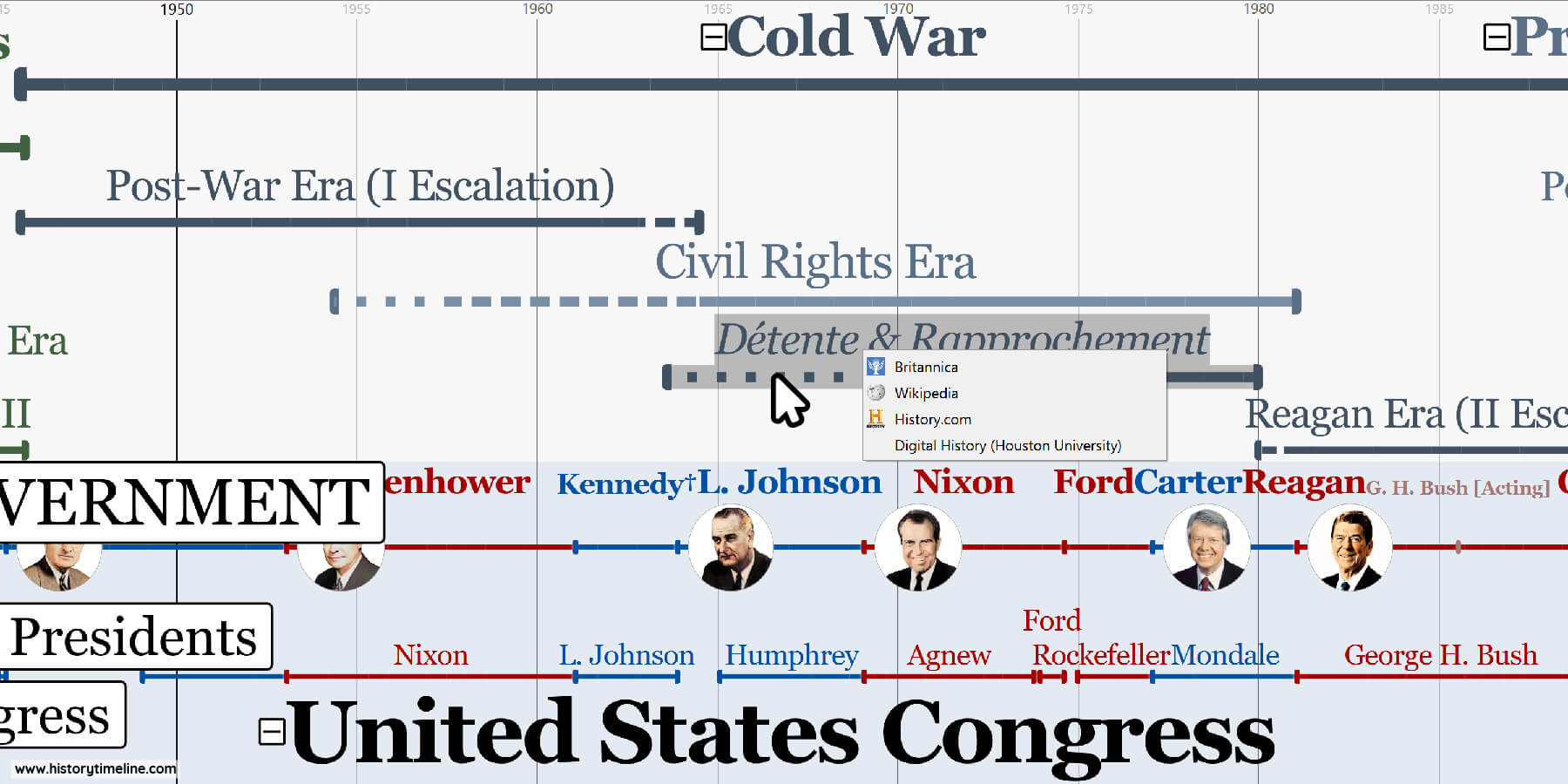 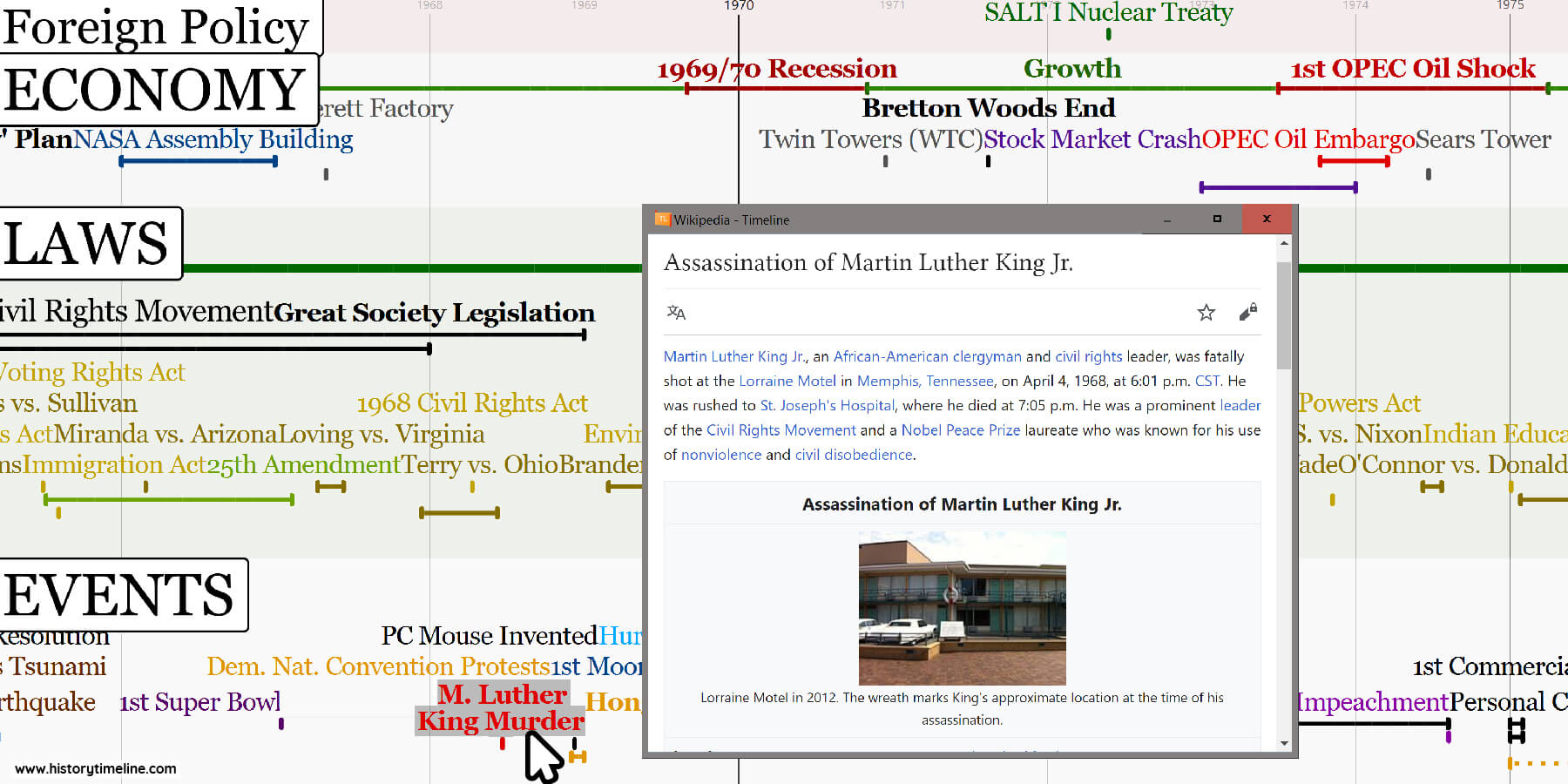 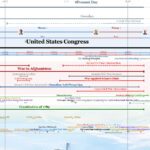 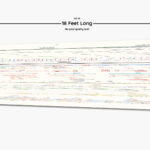 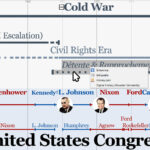 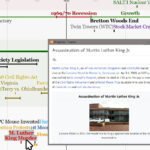 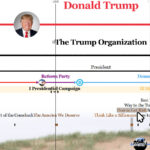 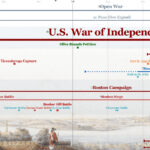 American Revolution
0 out of 5
( No reviews yet )

Timeline of American history from 1750 to present, including periods, government, economy, laws and events.


Subscribe to access this timeline & all our premium timelines. Browse on your desktop using Timeline Software for $39 a year.

This is an XXL Timeline of American History including more than 1500 interactive events, periods and people.

On the timeline, you can see a list of all 45 presidents in order, or zoom in on any presidency. The government section includes a list of all Presidents, Vice-Presidents, and majorities in Congress and Senate. In addition, all major and minor US territorial changes are included, such as state admissions and the Westward Expansion.

In the wars section you will find a complete US Wars Timeline, including more than 130 American wars and war events categorized by type and importance. For instance, the Civil War, the Korean War, the Cuban Missile Crisis and the 9/11 Attacks are included, as well as many minor Indian Wars. For the Revolutionary War, see the American Revolution Timeline.

This timeline includes a continuous line of alternating growth and crisis periods, with yearly GDP growth. It also displays over 150 important events in US economic history. For example, the California Gold Rush, US-China Trade War, events in the evolution of the national debt and economic plan such as the Reconstruction.

Timeline of US Law

In the law section you will find a timeline of the US Constitution, amendments, supreme court decisions, acts and other remarcable laws.

Be the first to review “United States (1750-Present)” Cancel reply